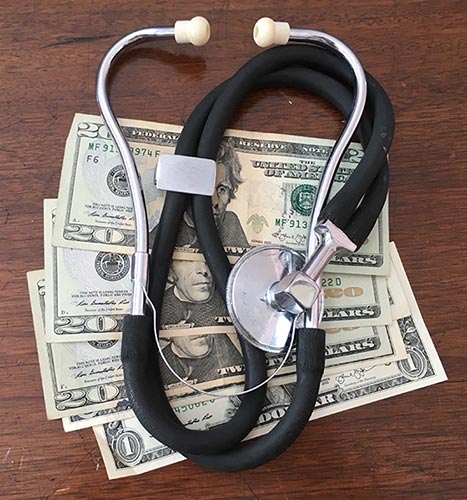 Claiming this model to be affordable and sustainable obliges us to predict its cost and its savings. To do this in any detail will require the resources and commitment of the Congressional Budget Office and the Census Bureau. For instance, they will need to predict the cost of paying primary care providers per enrollee, the cost of record maintenance and of bundled versus fee-for service payments to hospitals and specialists, and of premium collections for 320 million Americans. Discovery and analysis of these data are clearly beyond the capacity of our iPads and pocket calculators.

An alternate basis for prediction is to assume Americans have the brains and skills to provide universal access to necessary care at no greater cost than the averages now being spent by other capitalist democracies. The average expenses of other nations are now about 8% of their GDP’s, or about $4,500 per citizen per year. If America were to spend $4,500 per capita on basic necessities of its 320 million people, the cost of our Basic Plan would be $1.44 trillion. The Supplemental Plan would be paid out of pocket or by private insurance, at no cost to government or taxpayers. According an AHRO Medical Expenditure Survey, Americans’ expenses (with pharmacy and other overlaps) in 2015 were distributed as follows:

These 2015 costs could have been paid under our model by collecting the following premiums:

Our model should substantially reduce cost below 2015 levels. Many patients will not seek elective care that is not covered by their Basic Plan. Pharmacy costs will be reduced (perhaps 30%) by competitive bidding. PCP screening and electronic records will reduce ER visits and redundant tests. These changes might reduce costs to $5 billion below 2015 levels. More can be saved for necessities by preventing disease with better primary care.

The foregoing estimates are very rough and based on 2015 survey data, but we predict the results would include annual premium reductions to about $5,000, and annual payments to PCP’s (solo or groups) of about $1,000 per enrollee. These might be adjusted for risk and region as well as for age, but should be kept as simple and nationally applicable as possible. Independent PCP’s would distribute their payments to staff, facilities, etc. at their own discretion. HHS's allowances for specialty consultations, procedures, prescription drugs and hospital services would be determined as they are now by advisory panels, preferring payments for bundled services. Bills for published allowances would be submitted directly to HHS. Patients would receive no bills except for out of pocket payment for disallowed services.

While these predictions are being refined by CBO, current investment in uniform electronic health records must continue in order to allow planning of affordable, sustainable and just health care.