Is healthcare a right? Is the provision of healthcare an obligation of the government? Should it be?

What Does The U.S. Constitution Say?

Let’s begin with whether the provision of healthcare is a right. First, is it a right under the US Constitution? The vast majority of constitutional rights are rights protecting us from actions by the government rather than a right to a service provided by the government. Some of these rights we know best are our freedoms to do things such as freedom of religion, freedom of speech, freedom to peaceably assemble, and the freedom to bear arms. 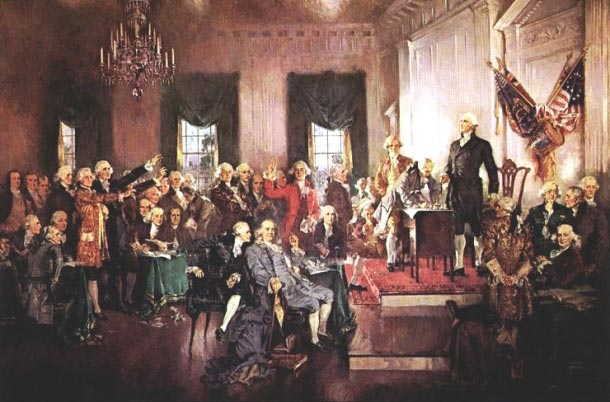 The right to government-provided health care does not appear to be one of the specifically listed constitutional rights.

While there may be no specific constitutional right to government-provided healthcare, the Constitution of the United States does provide that our government is:

to establish justice, ensure domestic tranquility, provide for the common defense, promote the general welfare and secure the blessings of liberty to ourselves and our posterity.

What may be envisioned by these words has evolved since they were drafted. In colonial times, slavery was the law of the land, fire protection was not an expected government function, police protection was often a part-time sheriff, and government’s response to poverty was the occasional poor house. Education was for the wealthy, free public schools were a rarity, and compulsory attendance was up to parents.

How Do Changes In the Last 240 Years Impact Our Historical Lens?

When the Constitution was adopted, healthcare as we know it was nonexistent. There were no effective medicines and no elective surgery. The average life expectancy was 36 years. People were born and died in their homes. Only the homeless went to city owned hospitals for free care by religious orders. Efforts by Benjamin Franklin and Thomas Jefferson to introduce smallpox vaccinations were controversial, sometimes causing public riots.

How does this translate to America 230 years later? Life expectancy has double by sanitation, vaccination, anesthesia, antibiotics, radiation, education, and licensure in scientific specialties. As the benefits have grown, so have costs to individuals and society at large. From the pittance spent in 1787 on small Philadelphia and New York hospitals, the nation’s cost of healthcare has grown to consume over 18% of all goods and services exchanged in America.

What Does the "General Welfare" Have to Say About Healthcare?

While there may be no constitutional right to healthcare, the Constitution’s statement that the government should promote the general welfare has led to numerous programs providing healthcare. As a result, there are many legal rights to healthcare for a great portion of our population. Health care provided by the VA, Medicare, Medicaid, and numerous other state and federal programs cover millions of people and a significant percent of the US population. And, these people have a legal right to this healthcare.

In addition, certain healthcare is a legal right of everyone at nearly all hospitals. The Emergency Medical Treatment and Active Labor Act (“EMTALA”) applies to all hospitals that accept payment from the Department of Health and Human Services, Centers for Medicare and Medicaid Services which means few hospitals are exempt. The Act requires hospital emergency departments to provide an appropriate medical screening examination to anyone seeking treatment for a medical condition, regardless of citizenship, legal status, or ability to pay. The hospitals may not transfer or discharge patients needing emergency treatment except with the informed consent or stabilization of the patient or when their condition requires transfer to a hospital better equipped to administer the treatment.

The costs of emergency care required by EMTALA are not directly covered by the federal government so they are absorbed and indirectly paid by all of us through increased fees and premiums. This otherwise uncompensated care represents 6% of total hospital costs.

Healthcare has not yet been found to be a Constitutional right in America, but it is a legal right for at least a substantial portion of our residents. Moreover, it should be an American and human right and the obligation of our government. Everyone should have access to competent, effective basic healthcare. Those who can afford the care should pay for it. Those who cannot, should have such basic care paid for by the government. Our plan does that.